The Contradictions of the SWP 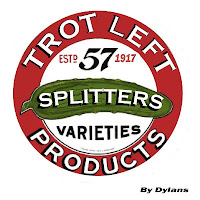 There has been much recent coverage of the Socialist Workers Party, mostly about its so-called internal democracy. However, the Socialist Party has always stood implacably opposed to the ideas of the SWP. Here from the June, July and August 1991 issues of the Socialist Standard we explain some of the reasons why.
"The Labour Party is drenched in the blood of ordinary workers in the Middle East, slaughtered for imperialist rule." SWP "Marxism '91" Programme
The Labour Party, says the SWP, stands for capitalism; if elected it will attack the workers and serve the bosses; Kinnock and the other Labour leaders have blood on their hands for supporting the Gulf War. All very true. So we shouldn't vote Labour? No, no, no, says the SWP, you should vote Labour—and at the next election, as in previous ones, they will produce posters calling on workers to vote for all Labour candidates, including Kinnock, Kaufman and the other war-supporters. Why?

The SWP's facing-both-ways attitude to the Labour Party arises from their contempt for the intellectual abilities of most of the working class. As Leninists and Trotskyists, they think that only a minority can come to acquire a socialist consciousness and that it is the task of this minority to lead the rest of the workers, who are considered incapable of advancing beyond support for trade unions, reforms and reformist parties.

So the SWP is trying to do two things: build a vanguard party and acquire a following of ordinary workers. The attacks on Labour and talk of socialism are aimed at organising the minority who alone can understand these things into the disciplined party that is to play a leadership role, while appeals to "fight the bosses" and "kick out the Tories" are directed at winning followers amongst the inevitably Labour-voting ordinary workers. After all, if you believe, as the SWP does, that most workers cannot understand socialist ideas there is no point in appealing to them on this basis. Why cast pearls before swine? Just tell them that the Tories, not capitalism, are to blame for their problems and urge them to go on voting Labour.
In fact, of course, not only can a majority of workers come to understand socialism but they must if socialism is to be the outcome. Only a majority revolution can lead to socialism as a classless, democratically-run society of free and equal men and women. Minority and minority-led revolutions can only lead to the continuation of class rule in one form or another—as happened in Russia after 1917 under Lenin and Trotsky, which the SWP take as their model, where the leaders of the vanguard party installed themselves as the new bosses while the mass of the workers continued to work for wages. This was state capitalism, not socialism.
Once you recognise, as all genuine socialists must, that workers are capable of coming to want and understand socialism then the attitude to take towards the Labour Party is clear: complete opposition, as to all the other parties of capitalism. Don't, vote Labour any more than vote Tory. Struggle for socialism.
Russia, says the SWP, is not socialist but state capitalist. The workers there are exploited, like those in the West, by a privileged ruling class who live off the surplus value they produce. So far, so good. But for how long has Russia been state capitalist? From 1918 when Lenin proclaimed that state capitalism would be a step forward for backward Russia? No, not at all, says the SWP, Russia didn't become state capitalist until 1928.
So what was Russia before 1928? Well, says the SWP, it was the "deformed Workers State" that other Trotskyists say it still is. To understand this peculiar term you need to know something about Leninist and Trotskyist ideology. According to this, only a minority of workers can understand socialism; the majority can never advance beyond a trade union consciousness and support for trade-union based reformist political parties. The workers, therefore, on this view, need to be led by a vanguard party composed of the minority of revolutionaries. A "Workers State" is what this vanguard party establishes after the previous capitalist ruling class has been overthrown. So it is not actually a state controlled by the workers, but a state controlled by a vanguard party in the name of the workers.
When Lenin died in 1924 a struggle for power developed between a group led by Stalin and another led by Trotsky. It was the Stalin group that emerged victorious. Trotsky analysed this as a victory for the "bureaucracy" in the vanguard party over those in it who genuinely represented the workers (his group—naturally). Actually, it was a struggle within the ruling party which didn't involve the workers at all. It is this purely political event that, according to the SWP, meant that Russia went state capitalist in 1928.
This is an absurd position. If Russia was capitalist after 1928 it must have been capitalist before as well, since the economic position of the working class was exactly the same before 1928 as after. Excluded from ownership and control of the means of production, they had to work for wages and produce profits which went to maintain a privileged elite of Party and state officials. Political conditions weren’t all that different either: Russia had been a one-party state since Lenin's time and, with Trotsky's enthusiastic approval, the trade unions had become instruments of the state to discipline workers and mobilise them to work harder.

In saying that Russia only became state capitalist in 1928, the SWP is perpetuating the myth that Russia before 1928 was some sort of "workers" regime, even socialist (a recent issue of Socialist Worker said Stalin "smashed socialism" in 1928). This reveals a lot about the SWP's own conception of what they mean by the "workers state" they advocate. It too would be compatible with the rule of a vanguard party claming to represent the workers. It too would be compatible with the working class continuing to work for wages. So it too would be state capitalism, not socialism.

Socialism, says the SWP, cannot be established in one country. Capitalism cannot be abolished within the borders of a single state because capitalism is an international system. Any attempt to do so is bound to fail. An isolated anti-capitalist state would still have to trade with other countries. So it would still be subject to pressure from the world market to keep its prices competitive by exploiting its working class and investing the proceeds in cost-saving equipment. The end result would be some form of national state capitalism, not socialism.

This is all good stuff and perfectly true. So we shouldn't support movements that seek solutions to social problems within a national framework? Well no, not exactly, say the SWP, we must support "all genuine national liberation movements".
So we are being asked to support movements that are either bound to fail or stand for the establishment of some national capitalist state. But why? Why should we support either type of movement? The SWP, however, insist that we should support movements like the Vietcong in the 60s and the Sandinistas and the PLO and the IRA even though they know that all these can achieve is some form of capitalist regime.
Some of their fellow Trotskyists try to get out of this contradiction by arguing that what the Vietcong and the Sandinistas established, and what the PLO and the IRA would establish would not be a form of capitalism, but some anti-capitalist transitional form. The SWP, quite correctly, won't have anything to do with this nonsense: in the context of world capitalism all countries must eventually conform to the pressures of the world market to run their economies in a capitalist way.
But, since the SWP does support these movements, on their own admission they are supporting movements to set up capitalist states and regimes. Which is an absurd position for people calling themselves "international socialists" to take up. Genuine international socialists would be advocating international (or, more accurately, world) socialism, not national capitalism, as the solution to the problems of workers and peasants in places like Vietnam, Nicaragua and Palestine.
The SWP position here is not just contradictory. It has disastrous practical consequences, as during the recent Gulf War when it led to them supporting Iraq "militarily but not politically" as they themselves put it. Since they knew perfectly well that Iraq was a capitalist country, this means that they were knowingly supporting one capitalist country in a war against another capitalist country. They were knowingly telling Iraqi workers that it was right for them to die in defence of the interests of their capitalist ruling class. A worse betrayal of socialist principles is hard to imagine.

Adam Buick
Posted by ajohnstone at 11:35 am